What Is Photography Luck?

I think most successful people are loathe to admit how lucky they are. It’s that uniquely American myth about self-reliance and “picking yourself up by the bootstraps” blah blah blah. It comes down to ego I think. Successful people want to believe they did it all themselves, which is no doubt partly true….but just partly.

I totally understand and acknowledge that well-worn cliche; “Luck happens to the prepared”. Of course you have to work your ass off and persevere to an almost inhuman degree. But I’ve lived long enough to know that there are so many factors determining the outcome of a given endeavor none of us can control. Therefor, “luck”, “serendipity”, “the universe” (as if somehow the universe is manipulating events specifically for you….give me a break), are just means to describe the many factors we cannot control. The same holds true for photography.

So what does this have to do with photography? Well, most really good photographers work their asses off, and spend a great deal of time and even money to control a given scene in order to get “the shot”. Just observe Joe McNally’s process in creating an amazing image, which he does pretty consistently. However, he freely admits that the unexpected can determine the success of an image.

To be clear, I am NOT in any way saying the Joe McNally is successful because of luck. I am saying that luck plays a part. And specifically, luck many times plays a part in the success of an image. I call this photography luck.

It Happened To Me

I was shooting in my back yard with a Fuji X100s. I decided to shoot a flower…not really sure why because flower images are about as “cliche” as it gets. Nonetheless I shot this image: 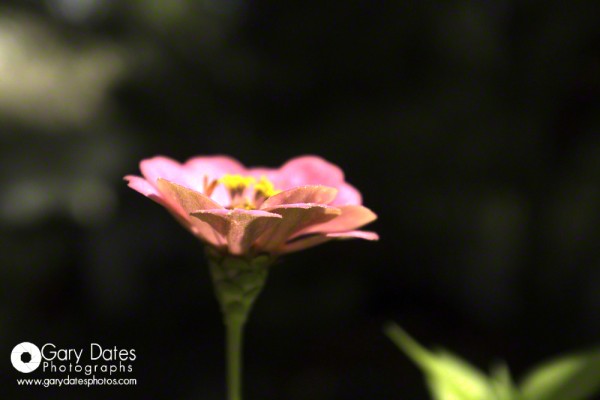 I chimped the shot, and decided I need more DoF so I adjusted my exposure for f/11 from f/4. I then looked through the viewfinder, and lo and behold, a BEE was on the flower! I shot 4 frames before he flew away. Because I was shooting at 1/125″, I only got one image in which there was no motion blur: 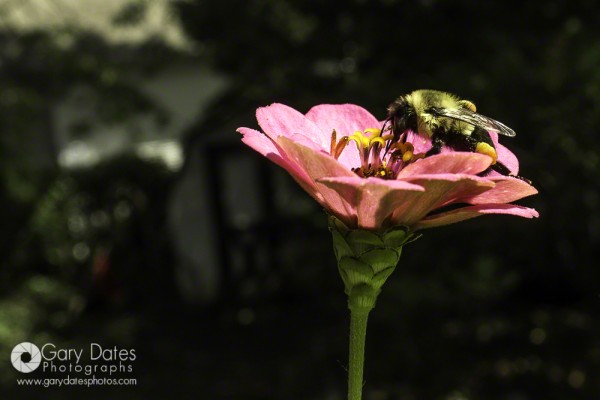 OK. This is a relatively insignificant example of a much larger issue. The point is, I wasn’t trying to shoot a bee. It never even crossed my mind. Yet, a bee appeared and I happened to have the right exposure and was able to focus and get the shot. So it was a combination of skill and luck…photography luck! Just sayin…:)