I created a video on how I shot the image below. The key is understanding how to freeze action with strobes instead of with shutter speed. I’ll create another tutorial on the post production work, because the final image relies heavily on it. this video deals exclusively with the camera settings and the studio strobes, and how they each contributed to the final shot. I used Paul C. Buff Einstein 640 monoblock lights, which IMHO are the best value for what you get. Among other things, they have an amazingly short flash duration, which allows for some serious stop-action shots.

This video is only half the story. The post-production in Photoshop is where it all comes together. I will deal with that in Part 2. 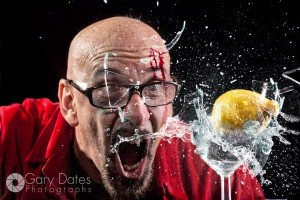